The Scottish Government is being urged to give police dogs the “protection they deserve” by including plans to make attacking such animals a specific offence.

Tories want Nicola Sturgeon to include a so-called Finn’s Law in her parliamentary programme for the coming year.

The First Minister is due to unveil plans for 12 bills when MSPs return to Holyrood after the summer break on Tuesday.

Currently, it is not a specific crime to kill or injure a police dog in Scotland, but with the UK Government having signalled its support for such a change, SNP ministers are being encouraged to follow suit.

Pc Dave Wardell, from Hertfordshire, began campaigning for the reform after his police dog Finn was injured with a knife as they attempted to make an arrest in 2016.

Police dog Finn, now retired, suffered life-threatening injuries (Jonathan Brady/PA)
A petition from Conservative justice spokesman Liam Kerr for Finn’s Law – which would make it a specific offence to attack a service animal – to be introduced in Scotland has attracted the support of almost 40,000 people.

As well as protecting police dogs and horses and animals working with the fire service, military and other public services, such a law could also be applied to assistance animals such as guide dogs.

Mr Kerr said: “In Scotland, hundreds of service animals in Police Scotland keep us safe by putting themselves in harm’s way.
“Service animals have already been waiting too long to get the legal protection they deserve and Scotland is now lagging behind the rest of the UK.

“At the start of this new parliamentary term it would be a great signal to the men and women who work alongside these selfless animals if the Scottish Parliament were to give them greater legal protection.

“The SNP has a chance to do just that. It must include Finn’s Law in the Programme for Government due to be published this week.”

A Scottish Government spokesman said: “Our Programme for Government will be published on Tuesday, and covers a number of important issues.

“The Scottish Government values the brave work undertaken by police dogs and other service animals, and is committed to ensuring the welfare of all animals, working or not.

“We are concerned that the maximum penalties available for animal cruelty cases may not go far enough. That is why we are preparing to increase the maximum penalty for the most serious cruelty offences to five years imprisonment.” 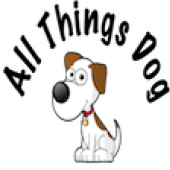 A dog is for life, not just for Christmas